InnovateAsia 2012 and The 1st Asia-Pacific Workshop Come to a Grand Conclusion!

InnovateAsia 2012 and The 1st Asia-Pacific Workshop Come to a Grand Conclusion!

The grand finale of Altera InnovateAsia 2012 was hosted this year in Xiamen, the ancient and beautiful port city of China. Hosting teams from both Taiwanese universities and Chinese universities, ten championship teams went head to head against each other for the cross-straits championship. InnovateAsia is an annual design competition hosted by Altera, Terasic, and partner companies where students from any university can enter and submit a design entry centered on FPGA application. This year's contest was co-sponsored by Linear and ISSI. Students first compete locally until the top five final teams from both China and Taiwan are selected to join at one location to be judged together. With international experts from Altera flying in to review the projects, the top ten teams were under great pressure to perform well, and the result was a stunning collection of varied applications. 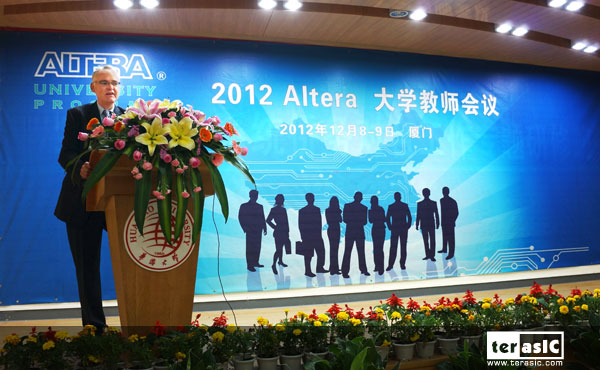 Altera senior manager and judge Keith Woollvin speaks on the importance of innovation.

The championship of 2012 was given to National Taiwan University's (NTU) "T-shirt Design and Try-on System," where users are able to design their own T-shirt in a virtual fitting room. Completed within just a few months by team members Chi-Hsien Yen, Wei-Chiu Ma, and Chen-Yu Hsun, the system comes with pre-designed logos and icons for display, but custom designs can also be drawn by hand and captured through the use of intelligent imaging. The design can then be resized and reshaped via the use of colored tags that stick onto the shirt. The resulting design was an impressive showcase of student innovation, as the design snapped on seamlessly, creating and effortless and intuitive system for trying on virtually any design without even having to change clothes. 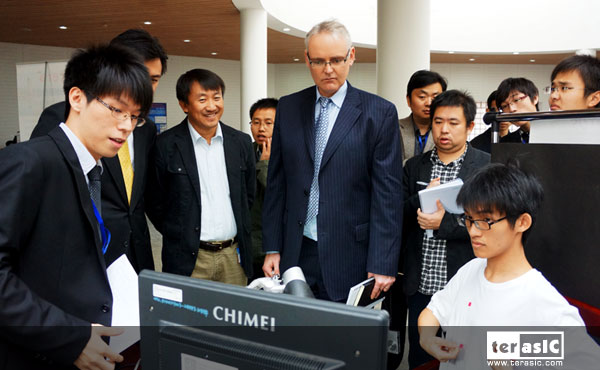 Users can create their own designs and resize them with colored stickers to mimic a real logo. 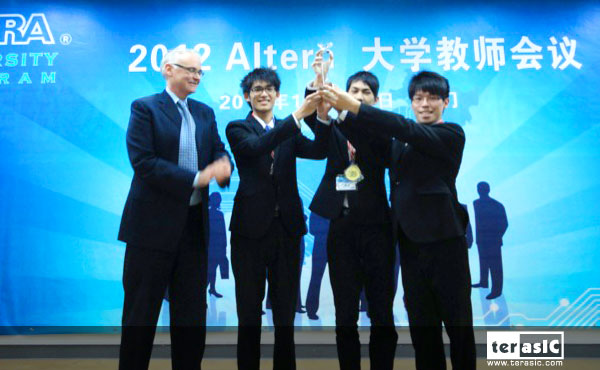 This year's popularity contest went to "Air Guitar", from Ger Yang, Wei-Tze Tsai, and Tzu-Pin Sung of NTU. This project allows users to strum their favorite song through the use of gesture and motion recognition without having any instrument in their hands at all! As was mentioned by the team, Air guitar releases the constraint of having to use a physical guitar apparatus, and lets the musician have total control of the output music. Crowds gathered around this amazing project to vote for it to become this year's most popular project. 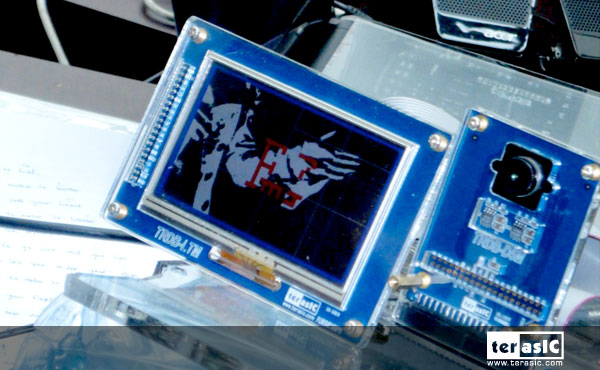 Hand gestures are interpreted and translated to guitar chords. 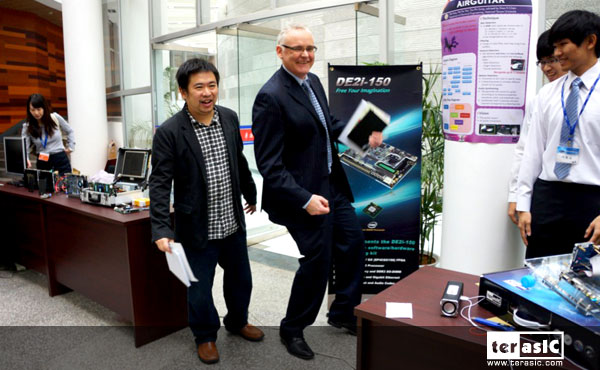 Judges rock out to Air Guitar!

2012 also marked the first year of Terasic's Asia-Pacific Workshop on FPGA Applications! Gathering the brightest international minds in FPGA practice and implementation, this workshop fostered creativity and brilliance through promotion of research, development, and advancement of FPGA-based technologies. Covering the whole of Asia region, this workshop was held in conjunction with InnovateAsia, featuring works from contestants as well as top-of-the-line researchers. The first workshop of 2012 was honored to present five papers from sixteen different papers, five from top Chinese professors. The research was presented in front of a collection of more than 200 industry experts, university professors, and students. 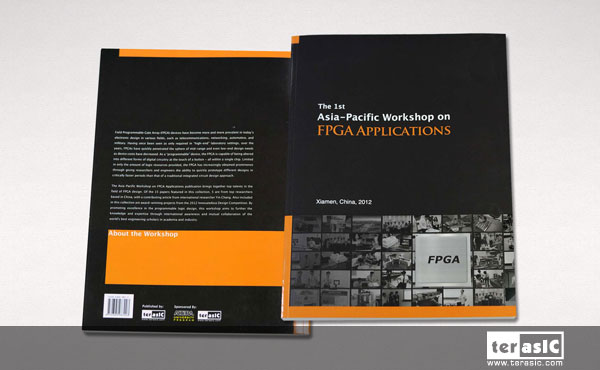 The successful conclusion of both of these events presents a landmark milestone for Terasic, and we hope to see even more success for the coming 2013!