HDMI daughter board is a HDMI transmitter/receiver board with HSTC (High Speed Terasic Connector) interface. The board contains the following rich features:

The transmitter is compliant with HDMI 1.3, HDMI 1.4a 3D, HDCP 1.4 and DVI 1.0 specifications. It supports the following input video formats:

The receiver is compliant with HDMI 1.3, HDMI 1.4a 3D, HDCP 1.4 and DVI 1.0 specifications. It supports the following output video formats: 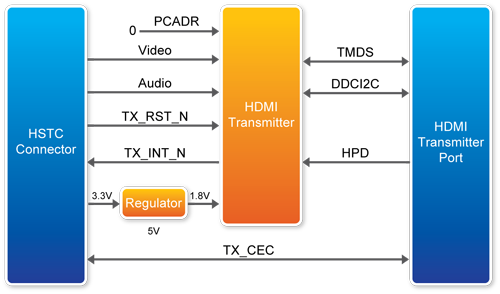 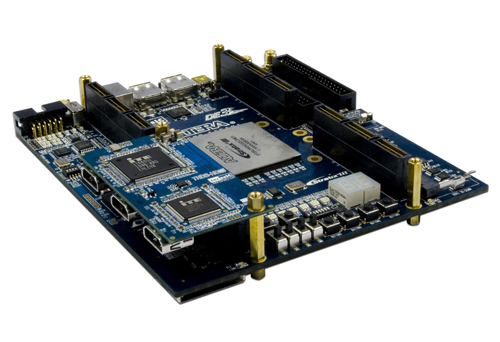 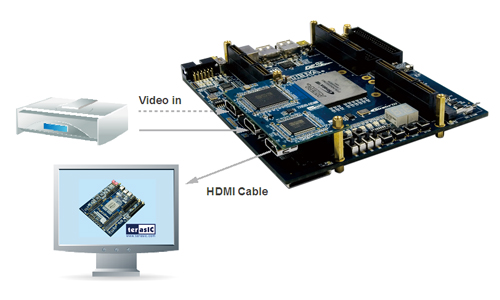 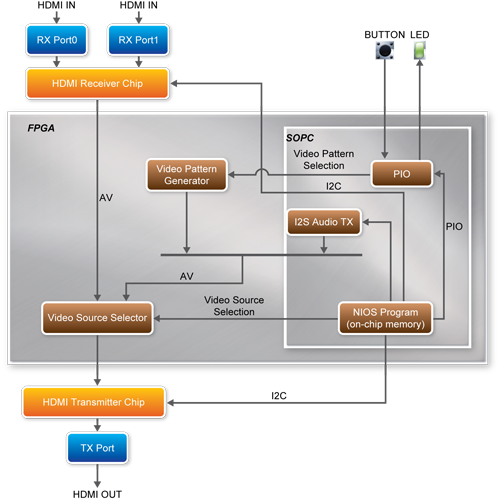